Bitcoin Futures ETF from the SEC before approval!

This week we saw a digital asset market that was able to maintain positive sentiment due to the ETF issue.

Dan Morehead of Pantera Capital sees an increasingly stable future for Bitcoin, which still has plenty of room to run. Bitcoin’s (BTC) tendency to plummet again by 80% after a record run could soon come to an end. For example, the record runs of 2013 – 2015 and 2017 – 2018 were followed by crashes of up to 83% after reaching new record highs of US$1,111 and US$20,089 respectively. The highs of 2019 – 2020 and 2020 – 2021 also saw sharp declines, although these were noticeably less severe, with losses of 61% and 54% respectively. “I’ve been saying for a long time that the price movements of the market are becoming more moderate with more breadth, more capital and more institutionalisation.” 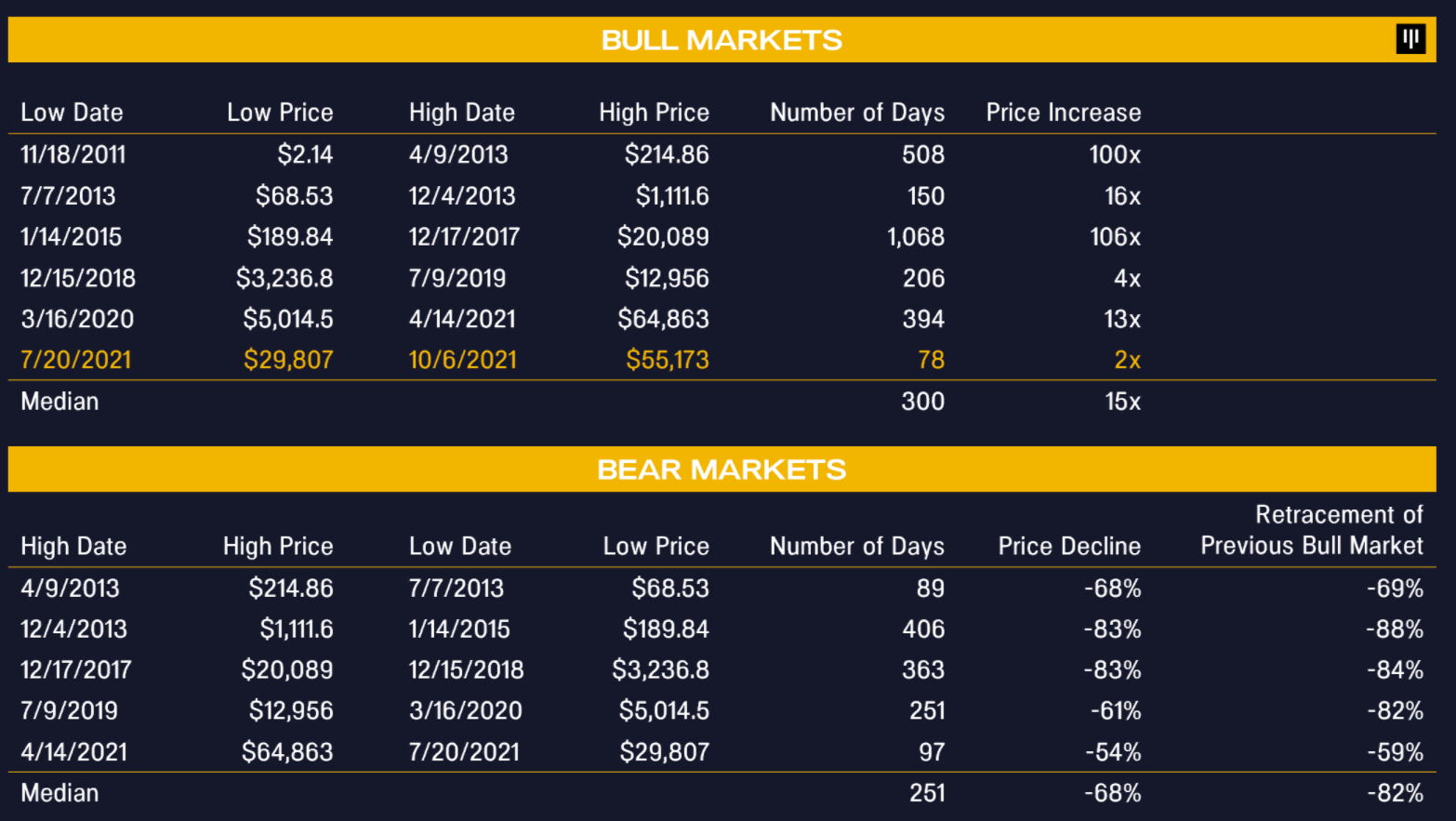 Some experts suspect that the futures ETFs may not provide as much tailwind for Bitcoin as expected. The market-leading cryptocurrency had temporarily reached a daily high of 62,940 US dollars on Friday after it was announced that the US Securities and Exchange Commission (SEC), after many years of rejection, would probably clear the way for two Bitcoin index funds (ETFs) for the first time.
However, the ETFs in question are based on the Bitcoin futures of the renowned Chicago exchange CME, i.e. not directly on Bitcoin, which makes the SEC’s decision to approve them much easier. However, the approval of “direct” Bitcoin ETFs could be renegotiated as early as next month, and gets all the more tailwind with the approval of the indirect ETFs.
So far, experts disagree about the directional effect of the futures ETFs on the market or the price development of bitcoin, because futures contracts have no direct price effect on bitcoin.

Square CEO and Twitter CEO Jack Dorsey wants to create a holistic system that makes bitcoin mining truly decentralised. In a series of tweets, Square CEO Jack Dorsey, who is also Twitter’s chief executive, has said that he intends the venture to make mining of the market-leading cryptocurrency even more decentralised:
“Square wants to develop a Bitcoin mining system that is free of processor specifications and open-source, i.e. accessible to all individuals and companies around the world. The higher the level of decentralisation, the more resilient the Bitcoin network becomes.”

ETF: Describes an investment product that trades and invests in exchange-traded funds. ETFs therefore always represent a representation of individual sectors or indices.

Bearish outlook: A permanent loss of the $60,000 mark would cause initial disillusionment and cool down the ETF issue.